How can the use of icons enhance the UX of the Air New Zealand booking confirmation emails?
Client: Air NZ

Project background
Do you remember how you felt when you took your first flight? It’s daunting, right? So many boxes to tick and things to double-check. The aim of this project was to make that pre-flight to-do list a little easier.

We did this by creating six new icons for the Air New Zealand booking confirmation email. Each icon representing something the user would need to check before their flight. This includes:
- Check in baggage (specification and weight allowance)
- Carry-on baggage (specification and weight allowance)
- Passport (making sure you have all your papers ready and in one place)
- Child travelling alone (an Air NZ service)
- Insurance
- Meal requirements (edit meal requirements before travelling) 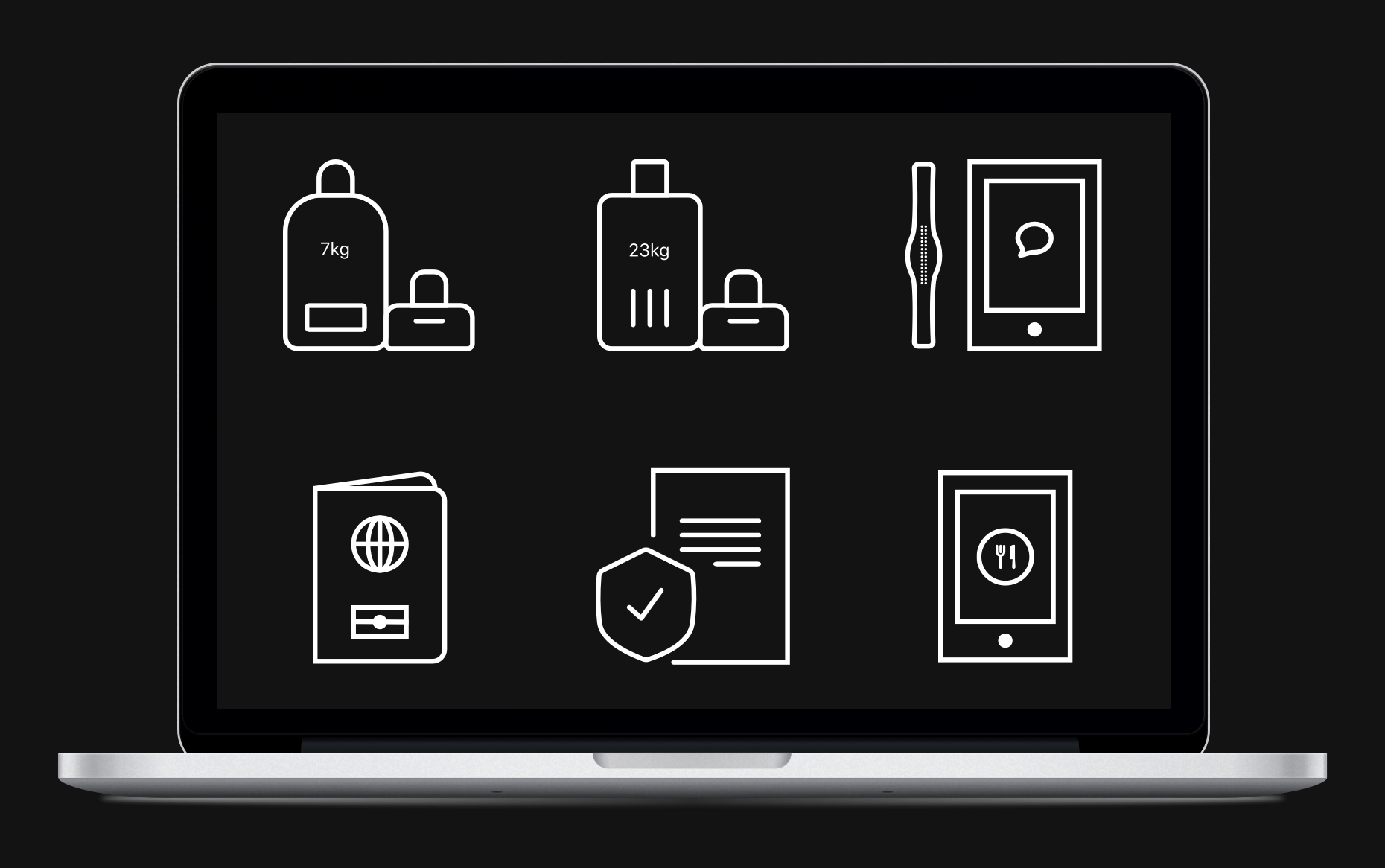 Due to the limited time allowance for this project, sprint methodology was the best option to ensure a speedy process with a great outcome. 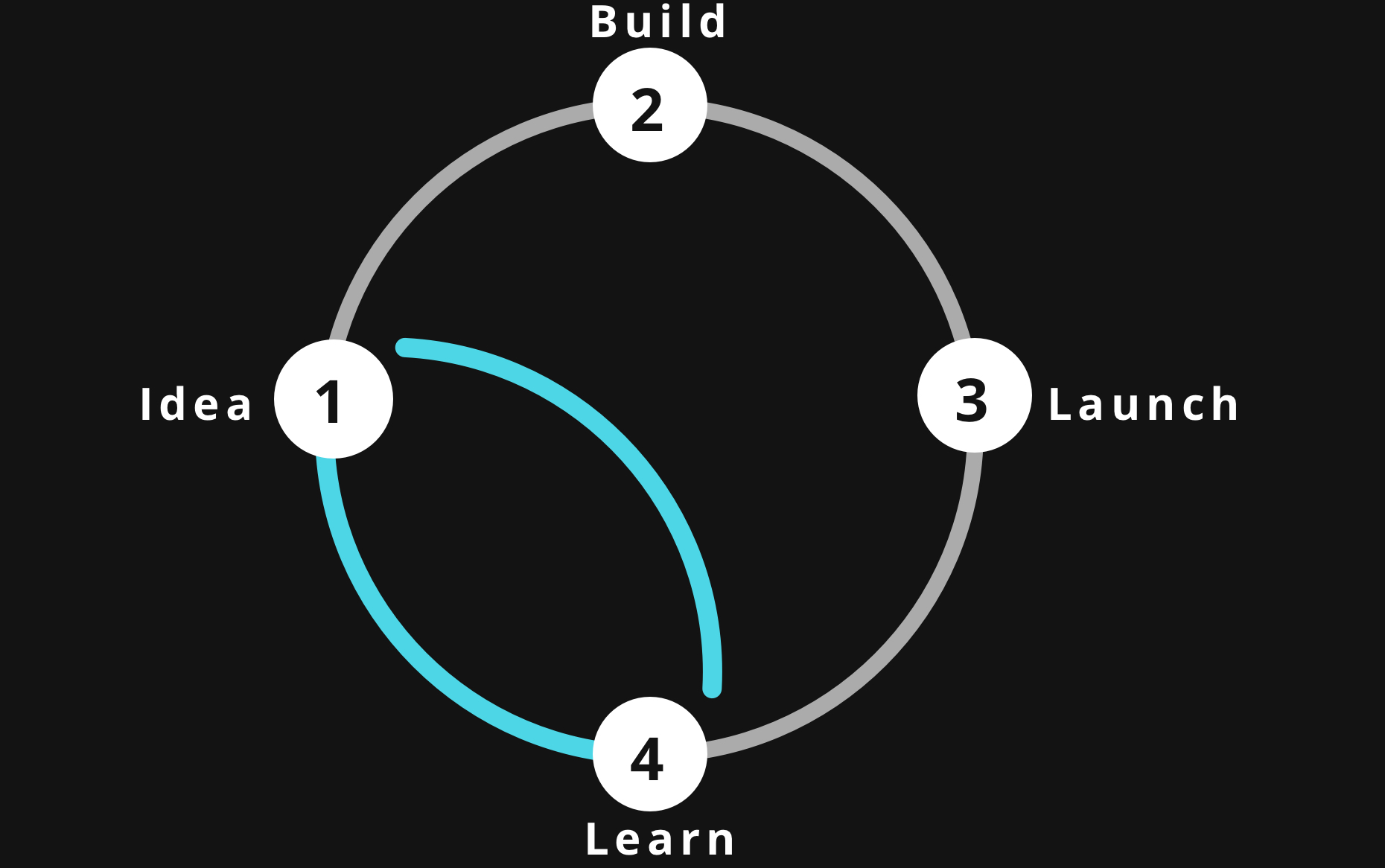 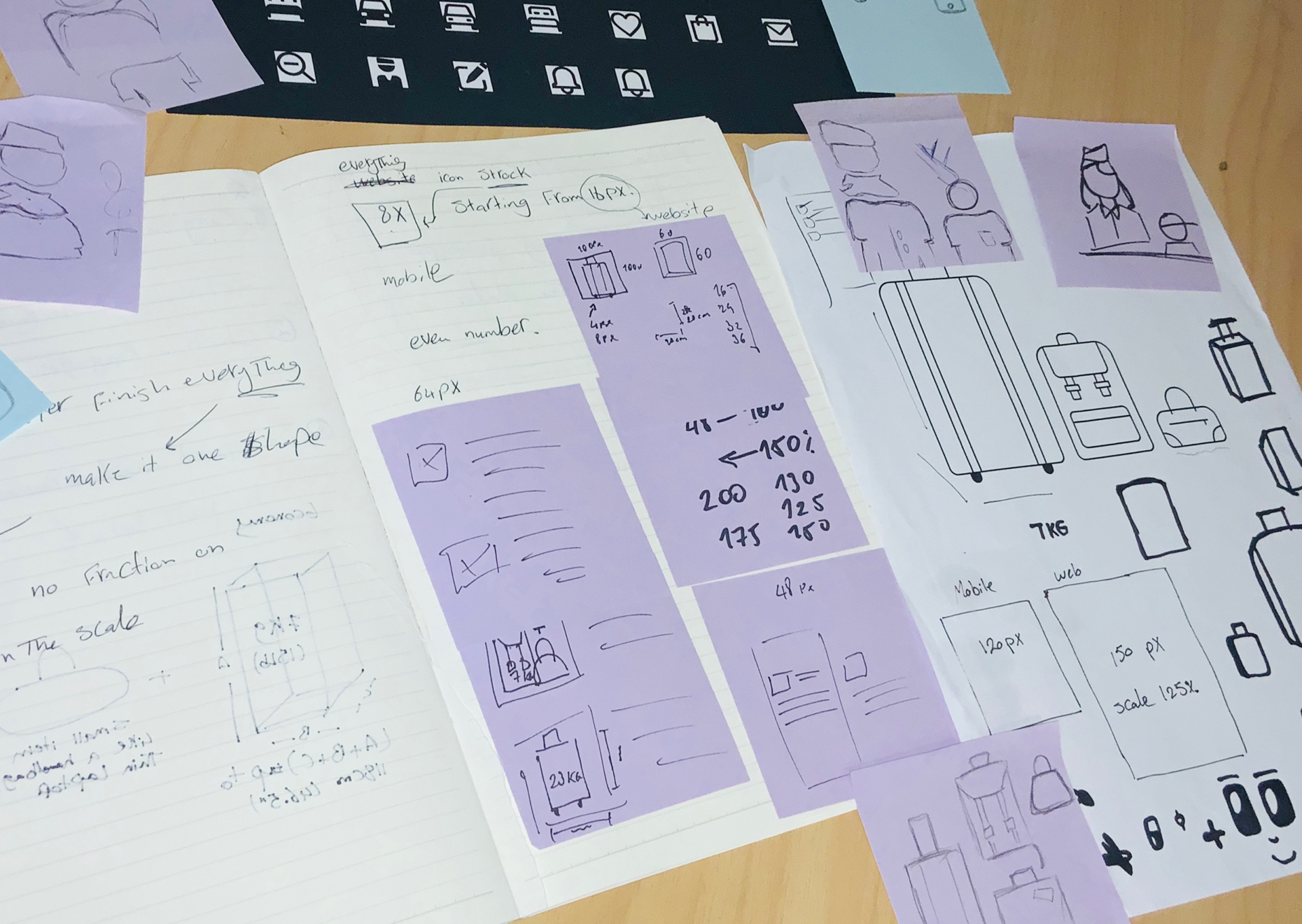 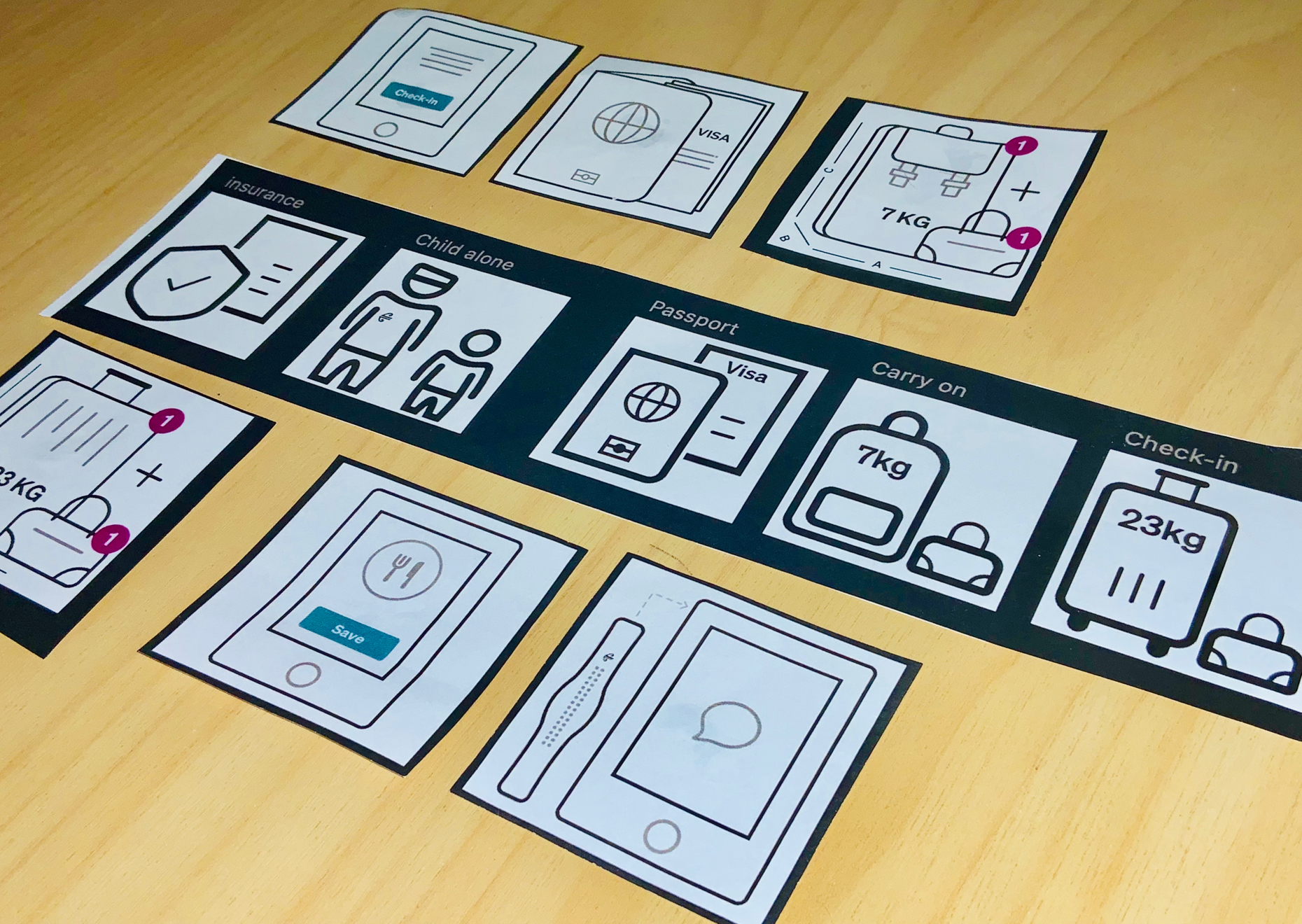 “ Icons round one ”
Round One
After I spent two days designing the first round, I brought the team together to discuss and test the project.
Together, we discovered what was and wasn’t working which provided direction for the next round of design.
Feedback
The feedback from the team discussion was that the icons were nice and clear, and there was a great following to the unison design system.
However, they did veer a little from the iconography. The next step was to simplify them to align them more with the unison design system icons.

Material.io
In the process of designing the icons, I followed the Material Icon Design Principle.

Results
This resulted in 6 new large icons being added to the unison design system. These were the first large icons to be created. 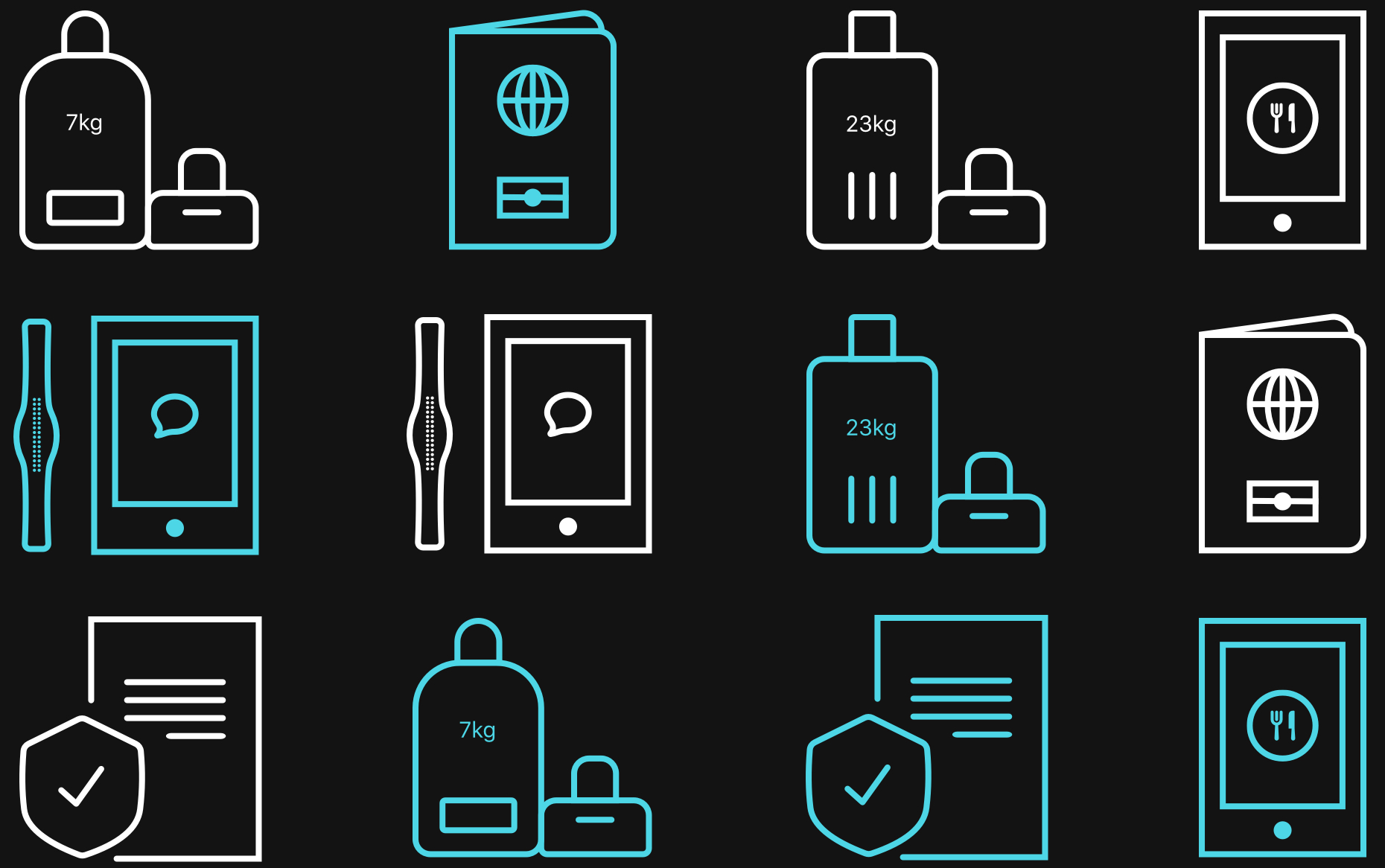 Let’s chat about how we can work together!
Say hello: mail@monagabr.co.nz

(Chorus) How can we reach true innovation through cross-functional thinking?